Welcome to The Debutantes website.
Since November 2019 we have released four singles which will be followed up by the album SYMPHONIC POP now due for release in 2022

The Debutantes – Reunited (Merry Christmas)
Locked down video filmed by The Debutantes.
Watch the full video on Youtube 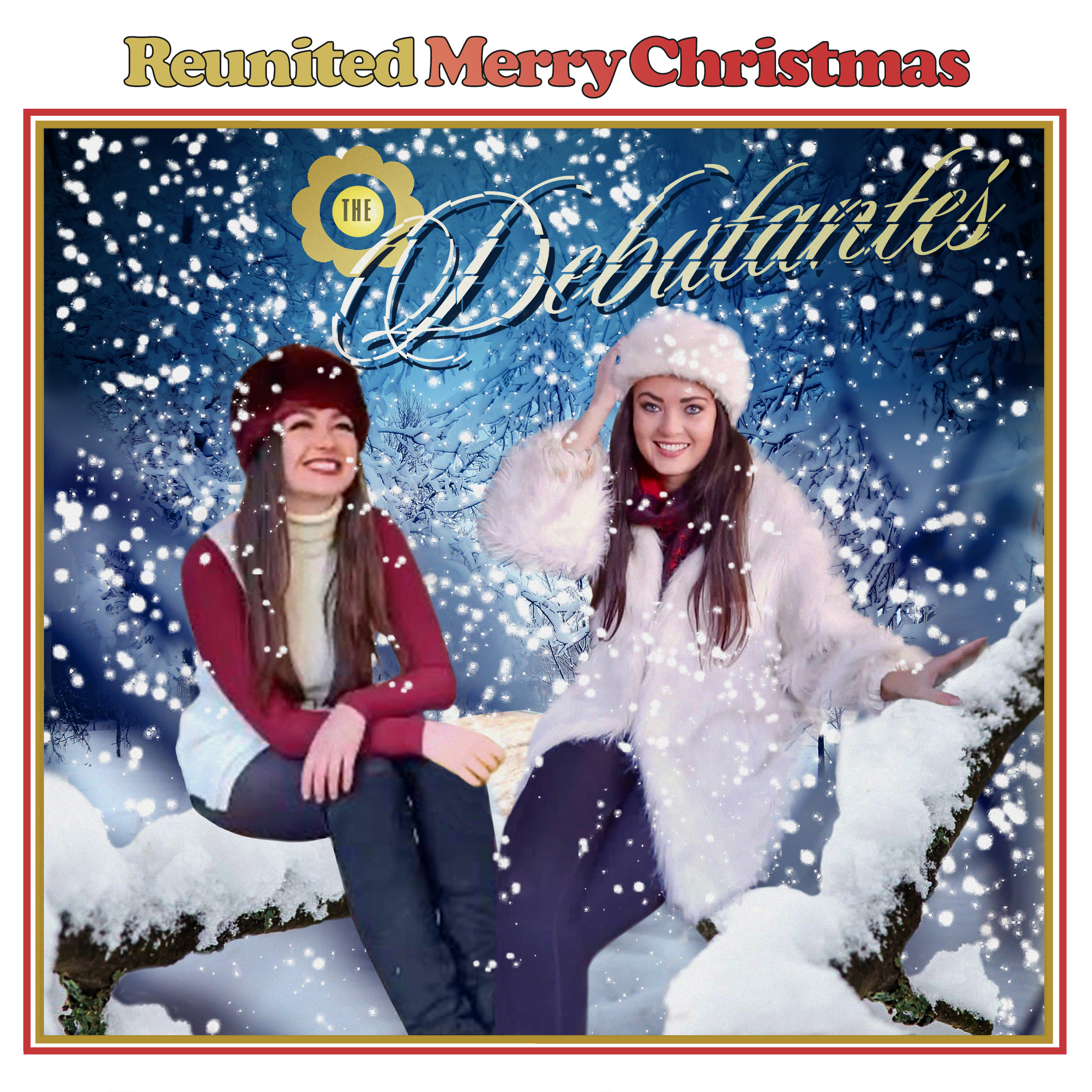 is released on November 20thby Let It Rock Music through Horus Music Distribution .

In addition to releasing the single the girls will each be showing off their fabulous talents by taking part in two separate pantomimes produced by Owen Money for Rainbow Valley Productions : Victoria as Dandini in “Cinderella” and Lavinia as Isabelle in Beauty and The Beast where she encounters The Green Man who will be making some spooky appearances courtesy of Mark Labett from ITVs “the Chase”

Both productions will be running throughout the Christmas / New Year period

We are re-releasing our Christmas record REUNITED (MERRY CHRISTMAS) on Nov 20 2021 in a bid to raise additional awareness of an increasingly worrying problem,that is mental health.

VICTORIA who is a former “Miss International Woman Of Achievement”has recently been announced as the face of “The Women Of Hearts Awards “(WOHA with a particular emphasis on the subject.

”This is a fantastic project, which aims to inspire, educate, empower and celebrate women who are doing incredible work” she says, ‘‘It will go towards making a difference in the world in the fields of charity, humanity, activism, philanthropy, and leadership”.

“It is so important that we raise awareness for mental health always, especially during this time when we have restrictions in place”.

”We need to provide that extra support for people when they feel they cannot access it so easily’. A safe space called “The Happy Hub” has been created for anyone suffering with mental health issues where you can talk to each other, and brighten up someone’s day with positive messages or happy quotes”

The girls will be donating 50% of all proceeds from the record to a charity of their choice.

”We can only hope that by next Christmas we will all be feeling a whole lot better”, says Lavinia .”Reunited both mentally and physically … that’s all we can wish for ”.

Our latest single is taken from our album ‘Symphonic Pop’ now to be released in late 2021.
Due to lockdown we have been unable to shoot Heartache as a video with our usual team. We didn’t want the current situation to stop our creativity, so the video has been shot by yours truly ‘The Debutantes’!
We definitely had fun making it and hope you enjoy it!
Victoria and Lavinia – The Debutantes 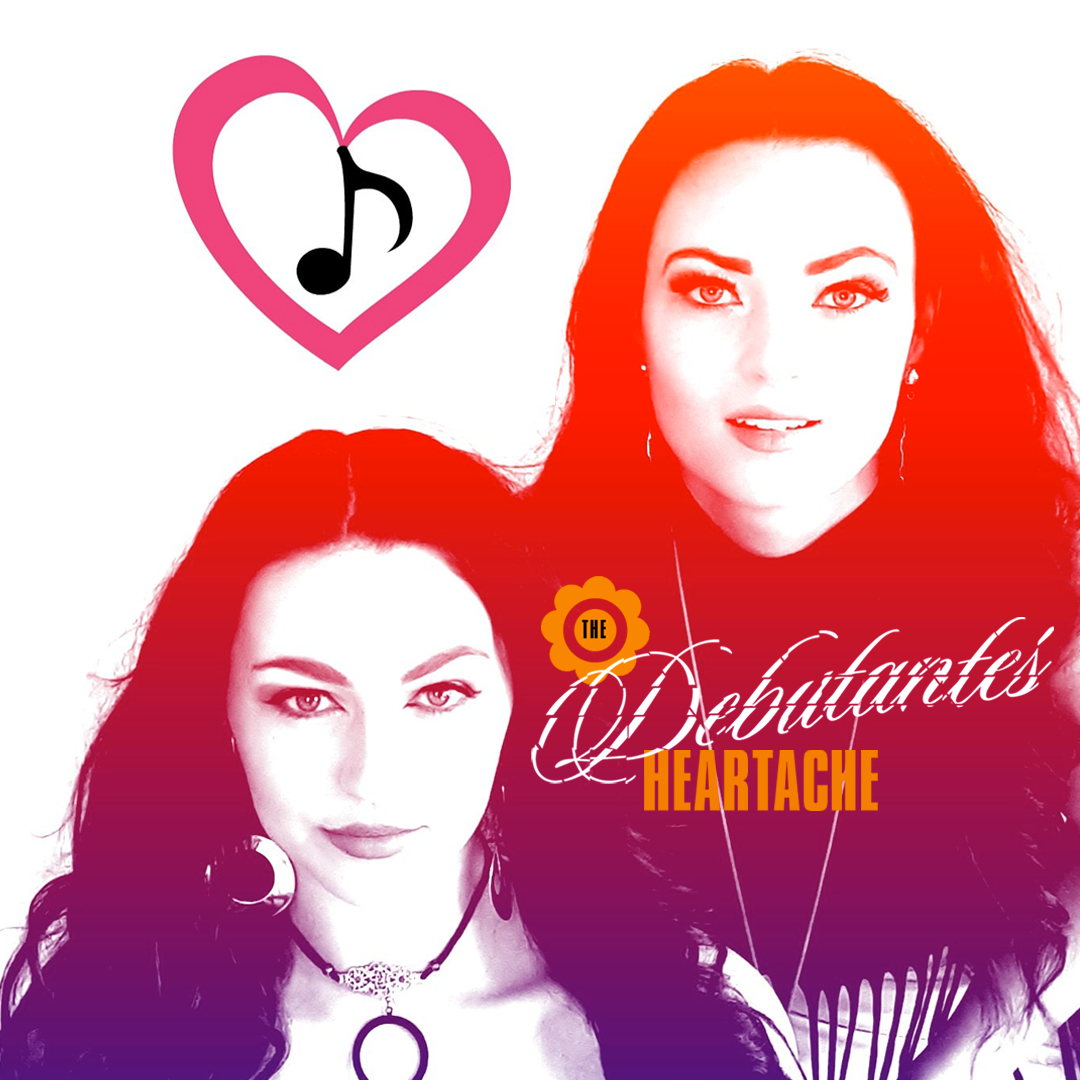 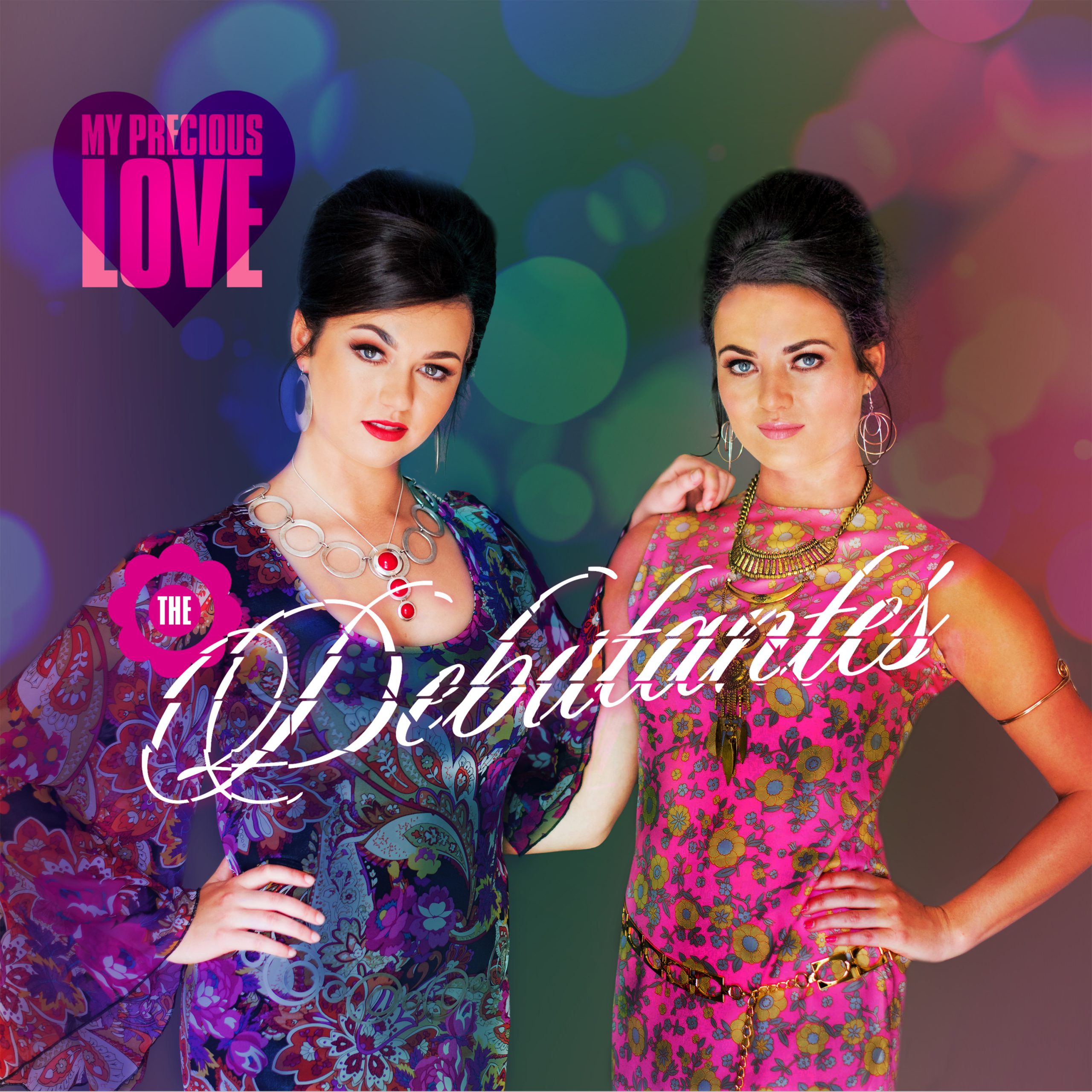 Listen to the track

The Debutantes unveil their new single ‘My Precious Love’ from their debut album ‘Symphonic Pop’ due for release late 2020.

Hugely talented and bubbly Welsh duo The Debutantes are excited to announce the release of their latest single ‘My Precious Love’, their second single from their highly anticipated album ‘Symphonic Pop’.

The release of ‘My Precious Love’ follows on from Victoria and Lavinia’s recent success of their debut single ‘(If Paradise Is) Half As Nice’, overseen and produced by Alan Jones, original member and sax player of chart topping sixties Welsh band Amen Corner.

Exciting, full of energy, and brimming with a poppy, sixties ‘Wall of Sound’ vibe with a driving beat, and lavish orchestration by John Rea, ‘My Precious Love’ harks back to the unashamedly romantic songs of The Ronettes and The Supremes.

‘My Precious Love’ is a joyful and uplifting anthem for post-Brexit 2020, with its unflagging positivity, free-spirited mood and high-end enthusiasm.

“My love of sixties music inspired me to write a bunch of songs reminiscent of that period. In particular the Phil Spector ‘Wall of Sound’ recordings by girl groups such as The Ronettes, The Shirelles, The Crystals and The Supremes. For me, ‘My Precious Love’ sums up that period”. – Alan Jones

“We had such a happy time making this video – we feel that this comes over in the footage! Singing together is what we love most, and ‘My Precious Love’ was such a great song to record. We got really caught up in the spirit and energy of the lyrics and melody” – The Debutantes

Quotes:
“The delightful vocals of these sisters is such a pleasure to hear!”

“Full of positive energy and emotion”

“Love this! Good vibes. Harmonies are tasteful and sharp”

(IF PARADISE IS) HALF AS NICE

The debut album by sensational new female pop duo ‘The Debutantes’ is the creation of musician/songwriter Alan Jones. Alan has enjoyed a long career in both music and fashion, having had success as an original member/saxplayer with 1960’s Welsh chart toppers Amen Corner, followed by a chain of pioneering rock fashion shops, both in the UK and Los Angeles. Alongside his retail empire in LA, Alan also developed and managed the successful rock band LA Guns.  All of these experiences have led to Alan creating, writing and recording an album of sixties influenced songs which he describes as ‘Symphonic Pop’, performed by two talented sisters from Cardiff, Victoria & Lavinia George-Veale, collectively known as The Debutantes. Born in Cardiff into a Welsh musical family, the sisters’ home was filled with the Motown/Phil Spector sound of the 60s, by artists such as The Supremes, The Ronettes, The Crystals and Dusty Springfield. Since those early days the sisters have always loved singing, dancing and performing together. Their love of music has stayed with them into adulthood, with Victoria starring in musical theatre, and Lavinia in her final year at The London School of Music and Drama. So when the sisters heard of a new musical project with a strong ‘60’s influence, they were very interested and excited.

They were introduced to Alan in a Cardiff coffee shop, and before long he was hearing them sing A cappella in their own front room! The idea of bringing back the swinging sixties with a fresh twist was so appealing to the girls, they immediately began working on an album of fourteen tracks with Alan. The first single release and promotional video of ‘(If Paradise Is) Half as Nice’ featuring a guest vocal performance by Amen Corner’s Andy Fairweather Low is included above and ready for airplay. All the tracks on thealbum were engineered by Richard Jackson, and feature Victoria and Lavinia’s stunning blend of vocals combined with John Rea’s lush orchestration.